February has been a busy month, manga-wise! With so many new series debuting this month, there have been a number of titles that I’d decided to skip reviewing, either due to a lack of time or because I didn’t think I had enough to say to make an interesting or insightful post. Then I thought, “Why not use this as an opportunity to try doing something new?”

So, rather than my usual, long-form reviews, I’ve put together some quick thoughts on a few February manga releases and collected them into a single post for your reading pleasure.

RePlay: RePlay is a single volume Boys Love manga by Saki Tsukahara that tells the story of childhood friends, Yuuta and Ritsu, who are dealing with some changes in their lives, as the end of high school approaches and they prepare for college. Yuuta and Ritsu have been an inseparable team ever since they first formed a battery, with Yuuta as the pitcher and Ritsu as his catcher, back in grade school. Yuuta loves playing baseball with Ritsu more than anything, but, since they’re in their last year of high school, they’ve had to quit the club so that they can focus on preparing for their college entrance exams. Yuuta misses baseball, but he’s also worried that his relationship with Ritsu will change now that they no longer have baseball to tie them together. This is a very sweet and gentle friends-to-lovers style story that features some coming-of-age elements, as Yuuta has to consider what’s most important to him and what he wants to do with his life in the future. I really enjoyed Ritsu and Yuuta’s dynamic and was very pleased with how their story concluded. Overall this was a enjoyable read and I’d recommend it to BL fans looking for a cute and romantic manga that also includes a few saucy scenes to spice things up.

For more information on this title, visit Tokyopop’s website: https://www.tokyopop.com/book-catalogue-new-titles/replay-yaoi 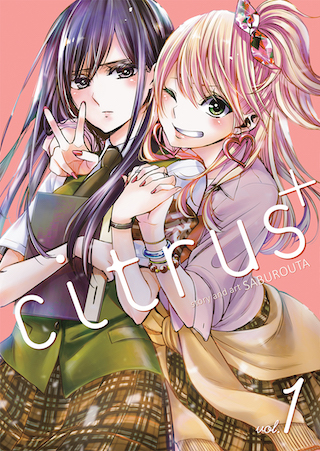 Citrus+ Vol 1: Citrus, by Saburouta, is an extremely fun yuri series that has it all: lovely art, great characters, juicy drama and a bit of humor to keep things grounded. I found Citrus’ conclusion to be very moving, but it did leave the details of how the main characters manage to overcome some of the barriers standing between them and their happy ending somewhat vague. So I was delighted to learn that Citrus had received a sequel that aims to fill in those gaps. Citrus+ is set after Yuzu and Mei have revealed their relationship to everyone, but while they are still in high school, and it follows the girls as they work hard towards building the bright future that they desire to have with each other, but now with the support of their friends and families. It was great to revisit these characters and see them in a position where they can be more open about their relationship. This series also seems to be giving more focus to some of the side-characters (hence the plus sign in the title), which I’m really excited about. If you’re a fan of the original Citrus manga, definitely check this series out!

Kase-san and Yamada Vol 1: This is a continuation of the delightful Kase-san series by Hiromi Takashime, which sees the titular Yamada and Kase-san starting university and facing new challenges in their relationship, as they cope with having less time to spend together and with issues of jealousy. It was interesting to see the pair deal with more complicated problems as they grow older and their situations change, but I wasn’t always pleased with how this played out in the story. Yamada and Kase-san get into an argument at one point in the book because Yamada has agreed to attend a Town-Party with her new college friend. This is a casual event, but its intended purpose is to be a setting where single people can mingle and meet potential romantic partners. I was initially understanding of why Kase-san would be upset with Yamada for agreeing to go, even if it was just to support her friend who was too nervous to attend alone, but then Kase-san shows up at the mixer unexpectedly, muscles her way into sitting at Yamada’s table and then drags her away after only being there for a few minutes. This is framed as Kase-san coming to Yamada’s rescue, but I found it to be really condescending behavior and wasn’t thrilled with how Yamada wound up feeling guilty for “making” Kase-san come to the party. Thankfully the rest of the volume contains plenty of the usual fluffy and adorable moments that I’ve come to love about the Kase-san series. I also enjoyed the new characters introduced in this volume, particularly Yamada’s new friend, Hana-chan, who is bright and bubbly and just as innocent as Yamada. While this wasn’t exactly a flawless start, I did like the volume overall and am looking forward to seeing where things go for Yamada and Kase-san from here.

What did you think of these manga titles? Do you like this format for reviews or do you prefer my usual, more in-depth reviews? Let me know in the comments!

Also, be sure to check out some of my other mini reviews: