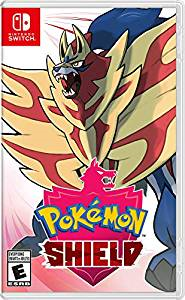 After months and months of anticipation (and no shortage of online drama), Pokémon Sword and Shield are finally out and I’ve been thoroughly enjoying my time in the Galar region! I decided to purchase Pokémon Shield version because I liked the box art legendary for Shield best and one of its version exclusive pokemon is the adorable Galarian Ponyta. I’ve been taking my time with the game and have only played up to the third gym, but I’m already excited to write about it, so I thought I’d put together a short first impressions style post.

Thus far, here are my favourite aspects of Pokémon Shield:

1. Galarian Forms: The concept of alternate forms of old pokemon was first introduced in the previous generation of pokemon games with Sun and Moon’s Alolan Forms. The basic idea is that a pokemon species would develop differently in response to environmental factors in a different region and would wind up looking very different and would even take on a new typing. These 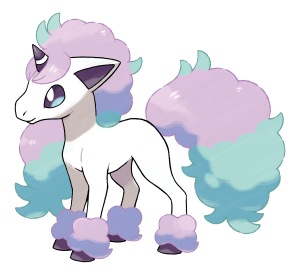 redesigns can really revitalize an old pokemon and I am delighted that the idea won’t be something that’s exclusive to Sun and Moon. Sword and Shield have even taken the concept a step further and some of these alternate pokemon now receive whole new evolutions, such as Farfetch’d, which previously didn’t evolve at all. I’ve loved all of the Galarian forms I’ve encountered in the game so far and I can’t wait to see what others await me.

2. Gyms are Back and Better then Ever: After being absent from the previous generation of games, Pokémon Gyms make a triumphant return in Sword and Shield. In the Galar region, the gym challenge is treated like a big sporting event, with each gym having it’s own jersey and your matches against the leaders taking place in front of stadium full of cheering fans. On top of that, you need to be sponsored in order to participate and there are multiple challengers taking part in the gym challenge besides yourself and your standard rival character. Some of these other challengers are friendly, but others are very competitive. On top of all this, each gym has a different challenge that you need to complete before you can battle the gym leader. The second gym had a puzzle you needed to solve that was pretty similar to the ones you’d find in pokemon gyms in past games, but the first gym had you herding adorable sheep pokemon and the third gym made you compete against other trainers to see who could catch the most pokemon. This new approach really ups the excitement and makes defeating the gyms feel like a fresh and new experience, despite the fact that gyms have been a part of the franchise since the very first games.

3. The Wild Area: The Wild Area is a big open area in the middle of the region that is filled with all kinds of pokemon at all different levels, meaning it’s easy to stumble into an area filled with pokemon at a much higher level than you are, if you’re not careful. It’s lots of fun to explore, with loads of items to find and different pokemon becoming available depending on the weather and other factors. If you connect to the internet in the Wild Area you can also participate in Raid Battles with other players, cook with them to help your pokemon gain experience and affection, or just get a bunch of free stuff from talking to those other player’s avatars!

Those are the things I’ve been enjoying the most so far. If I were to name one thing I’m disappointed in however, it would be that the GTS is not available in these games and, thus far, there isn’t a comparable service to replace it. The GTS used to allow you to post trade requests online and it was a very useful tool for completing the pokedex. Link Trades and Surprise Trades (previously refereed to as Wonder Trades) are still available but I really miss the convenience of the GTS and I hope it will be brought back at some point.

Well that’s all I have to say for now. I plan to post a more thorough review once I’ve finished playing through the main story, but, at my pace, who knows when that will be. In the mean time, let me know what you think of the games in the comments. But no spoilers please!