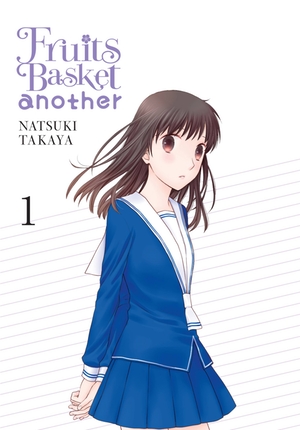 The Fruits Basket manga, by Natsuki Takaya, is one of my favourite manga series of all time! I love the characters and the emotional, heartbreaking and, ultimately, uplifting story. So, when I heard that there was going to be a sequel I was over the moon with excitement. But could this new series live up to the extremely high standard set by its predecessor?

Sawa Mitoma is an awkward and anxious girl who doesn’t have any friends and, due to some incidents in the past and her mother’s harsh admonishments, lacks any self-confidence. She believes she’d only inconvenience and annoy people if she were to interact with them and so she just tries to keep her head down. But when she enters high school she finds herself unexpectedly roped into joining the student council by her popular upperclassman, Mutsuki Sohma. As she works on the student council and spends time with Mutsuki and other members of the Sohma clan, Sawa comes to realize that she’s been missing out on a lot of things by living her life the way she has and she resolves to change herself. But why exactly was Mutsuki so interested in Sawa in the first place? Could she have some kind of connection to the Sohma family?

If it wasn’t clear from the synopsis, Fruits Basket Another focuses on the next generation of Sohma’s and, while a few minor characters do show up, none of the main characters 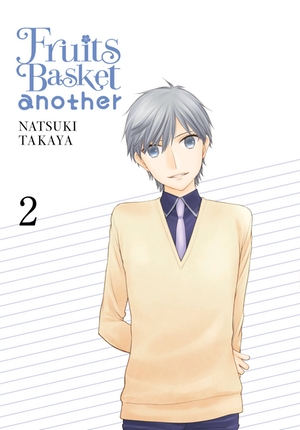 of Fruits Basket make any appearances outside of some flashbacks. Even though we don’t see any of them, we do get a sense of how many of the characters are doing from what is said about them and from how happy their children seem. In many ways Fruits Basket Another functions more like an epilogue to Fruits Basket then it does as a separate story. It reiterates many of Fruits Basket’s major themes, such as the importance of change and personal growth and the way that abusive family relationships can act like a curse. In Fruits Basket Another, we see that many of the Sohma’s have been able to break free from the metaphorical curse that had been put upon them by their oppressive and abusive families and have managed to give their children loving and supportive homes. The cycle of abuse has been broken and it feels good to know that my favourite characters are doing well and have found happiness.

But this isn’t a perfect, happily ever after. We learn later in the series that several members of the older generation of the Sohma family have been resistant to the changes that the younger generations are embracing and some characters still have family problems that haven’t been worked out and will likely never be resolved in any meaningful way. Likewise, while Sawa makes great strides over the course of this manga with making friends, building up her confidence and facing her fears, her relationship with her flaky and manipulative mother is still toxic and perhaps beyond repair. Yet Sawa needs to continue living with her until she’s old enough to become independent. Things may be better for Sawa then they were at the start of the series, she now has people she can talk to about her feelings and lean on for support, but she still has problems and there isn’t going to be a quick or easy way to solve them. Even so, she is resolved to keep trying to move forward. I think that this may be the message that Natsuki Takaya was trying to convey with this series. Change is hard and it can be slow and, in the end, there may not be a way to fix everything in our lives, but if we keep trying, we can make progress, little by little. In this way, this manga is a very fitting follow up to Fruits Basket.

Sawa is a character that I quickly found myself rooting for. I felt for her whenever her mother would tear her down and I was happy for her whenever she managed to make any sort of progress. It was a very satisfying experience to watch her grow over the course of the series and find a place where she can feel like she belongs. The Sohma children are an eclectic bunch and I found them to be really fun and it gave me a warm fuzzy feeling to see them interact with each other and all get along. I also enjoyed seeing how they were similar or different from their parents. A few were so similar to one of their parents that they were almost the same characters, but others were radically different or were an interesting mix of their two parents. Not every character from the original series has a child that shows up in this manga, so we don’t get a picture of how absolutely everyone is doing, but there were a few characters that I was very glad to see had eventually found love after the end of Fruits Basket.

Reading Fruits Basket Another was an experience that felt like coming home again to me. The banter between the Sohma children felt warm and familiar and I really appreciated learning that everything had worked out well for my most beloved characters from the original series. I found Sawa to be a compelling lead and her story delivered some heavy emotional moments in the same vein as the original Fruits Basket. Overall, I found Fruits Basket Another to be a great read. That said, I don’t think this is a series that stands on its own particularly well. References to the curse from the first series aside, this is a short, three volume manga series and quite a lot of time is devoted to introducing characters, who will only make brief appearances, so that fans of the original series can go “Hey! That’s so-and-so’s child! OMG!” While I got some satisfaction out of those characters popping up, I think this would be annoying or confusing to someone who hadn’t read Fruits Basket. I’m not sure why anyone would want to read a sequel before the original series, but just in case: if you are interested in this series but haven’t read Fruits Basket yet, I recommend checking that out first. If you are a fan of Fruits Basket, then I’d say that this is definitely worth a read.

What did you think of this manga? Did you think it was a good sequel to Fruits Basket? Which of the Sohma kids was your favourite? Mine was Sora!

You can also check out my reviews of some of Natsuki Takaya’s other works: