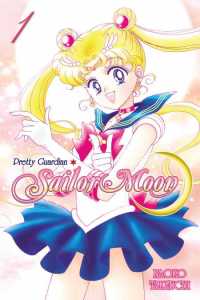 The Sailor Moon anime started airing in Canada when I was around 10 years old, and I instantly fell in love with it. I adored the art style, the epic fights and all of the drama! My friends and I would talk about the show together all the time and this series, along with Dragon Ball Z, were what kick-started my love of anime and manga. Despite being such a big fan, I actually hadn’t read the original manga, Pretty Guardian Sailor Moon, until Kodansha Comics started releasing it in North America in 2011. For whatever reason, I just missed picking up the Tokyopop version that was released years earlier. I remember being surprised by how different the manga was from the show in places, but I still enjoyed reading it. Now that the manga is getting a sparkly new omnibus edition (which I am super jealous of but can’t really justify buying when I already own the full series,) I decided to go back and give the manga another read through. Rereading the series for this review was a lot of fun! Created by Naoko Takeuchi, Pretty Guardian Sailor Moon is a fast-paced story full of magic, action, and humor, with a protagonist whose love for others gives her the strength and courage to work miracles.

Usagi is a normal 14-year-old girl who loves manga and video games, and is a bit of a cry-baby. One morning she accidently steps on a cat while rushing to get to school and her life is changed forever. The cat is named Luna, and she is a magic talking cat tasked with finding the destined warriors known as the Sailor Guardians. Luna gives Usagi a magic brooch that allows her to transform into Sailor Moon, the pretty guardian in a sailor suit who protects love and justice! Now Usagi must gather the other Sailor Guardians and battle the minions of the Dark Kingdom, an evil group which seeks to drain energy from humans so that they can restore their sinister ruler, Queen Metalia. But that’s just the start of Usagi’s problems. The Dark Kingdom is also after the Legendary Silver Crystal, a powerful artifact from the ancient Moon Kingdom that’s said to possess limitless power. Usagi and her allies need to find it first, along with the reincarnation of the Moon Kingdom’s princess, who the Sailor Guardians have been born to protect. Usagi struggles with all the responsibilities that have been thrust upon her and with her growing feelings for the enigmatic Tuxedo Mask, who keeps showing up and helping Sailor Moon when she’s in trouble. Usagi can’t help but feel drawn to Tuxedo Mask, but it seems like he is also searching for the Legendary Silver Crystal and won’t reveal why. Is he really on Sailor Moon’s side? Or could he be another enemy? 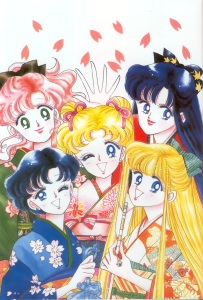 It’s hard to know where to start reviewing a manga that’s as influential and beloved as Pretty Guardian Sailor Moon. This is an iconic magical-girl series that’s popularity has had a lasting impact on the genre. It was the first to include a team of girls with magical powers, rather than featuring just one, and this formula is something that the majority of series that came after it have sought to emulate. I think this revolutionary idea is at the heart of what made Pretty Guardian Sailor Moon so popular. The Sailor Guardians are all unique and have their own strengths and charm, so there is bound to be at least one girl that the reader can relate to or will find interesting. Sailor Mercury is smart and reliable. Sailor Jupiter is strong and a bit of a girly-girl. Sailor Mars is mature and haughty and possesses strong psychic abilities. Last, but not least, Sailor Venus is peppy and an experienced Sailor Guardian from her days as the solo hero, Sailor V. Each of these characters receive individual focus over the course for the various arcs and we learn about their secret fears and desires and their dreams for the future. No matter who your favourite is, you can be sure that they get some time in the spotlight. The Guardians of the outer planets (Saturn, Uranus, Neptune and Pluto) are introduced later in the series and, while we don’t get to spend as much time with them, they are each as memorable as their inner planet counterparts. Depending on who you ask, everyone seems to have differing opinions on who the best Sailor Guardian is. For my part, I love all of these different girls and I adore the sense of camaraderie that they share. They might disagree or have squabbles from time to time, but these girls are all devoted to each other and every one of them would sacrifice herself to protect the others. Celebration of female-friendship is the heart and soul of this manga and I think that, above all else, is what has endeared it to so many girls and women.

I would be remiss if I didn’t talk about the main character of the manga: Sailor Moon. Usagi is a slacker and a goofball who’s in way over her head at the start of the series. I remember feeling frustrated with Sailor Moon when I would watch the anime as a kid. She was crying all the time and didn’t take her duties seriously and I thought that she sucked. Reading the manga all these years later, I’ve revised my opinion of the character. I find Usagi’s flailing around and emotional breakdowns during the earlier chapters to be hilarious, because I think if I had to fight an evil monster I would just lie on the floor and cry too. I think I initially disliked her as a child because I was used to seeing heroes in cartoons who were cool and aspirational, rather than humorous and relatable. But Usagi is inspirational in her own way. As the stakes are raised in battle after battle, she grows and finds strength in the support she receives from her friends and loved ones. She accepts and openly admires all her exceptional friends and draws on their shared bond in order to fuel her power and find the courage to keep fighting, even when things seem hopeless. In the final arc of the manga, the fate of the whole galaxy is at stake and Sailor Moon is confronted head on with a dreadful idea. What if her immense power draws trouble to her and is warping history? What if, no matter how many enemies she defeats, there will always be more foes and more battles in her future? Faced with this bleak prospect, one that might have prompted her to give up and let the future of the galaxy be destroyed so that she might at least know peace, Sailor Moon remains undaunted. She resolves to continue fighting, for her galaxy and for the people that she loves, and to have faith in a future where they can all be together. It’s a stunning conclusion that highlights just how far Usagi has come since the start of the series and one that I found to be very moving.

But enough about the characters, onwards to what I thought of the story. Pretty Guardian Sailor Moon is a fun read full of light and humorous moments and tense and dramatic fight sequences. There are five story arcs in the series and each centres around Sailor Moon and the Sailor Guardians fighting a different foe. In my opinion, each arc is stronger than the one the proceeded it and either ups the stakes or introduces a new mystery, thus ensuring that there’s never a dull moment while reading. I do have a few complaints, however. For starters, the series moves along at a pretty fast pace and doesn’t have much in the way of sub plots or, for lack of a better word, filler. With so many great characters, it would have been fun if some of the chapters had focused on inconsequential escapades or mundane aspects of the characters’ lives so we could get to learn more about them. Instead, every chapter relates to the main conflict in some way. On the one hand, this ensures that the plot keeps moving, but it would have been nice if the story had taken a breather now and then. Luckily, there are two volumes of side stories that focus on things like Sailor Mercury’s first crush or Sailor Jupiter’s struggles with studying for high school entrance exams. I highly recommend everyone check these volumes out, they’re funny and shed some light on sides of the characters that we don’t normally get to see, but I wish that stuff of this nature had been included as part of the main series. Another problem with the pacing is that several aspects of the story wind up feeling underdeveloped or underexplained, and there are elements that seem to just plain get forgotten. For example, Naru and Usagi’s other school friends are regular side characters in the early chapters but are almost entirely absent from later volumes. Another example is the potential love interest for Sailor Jupiter that’s introduced in the 2nd story arc. This character winds up disappearing immediately after that arc and, when he does eventually reappear, there is no mention of his previously expressed romantic interest in Sailor Jupiter. None of these characters were particularly important to the main plot but letting them fall by the wayside squanders the potential they brought to the series. I want to see a sub-plot with Sailor Jupiter finding love, god dammit! There are also important details surrounding the character of Chibi-Usa that never get explained, like why did she stop aging when she did? Or, why wouldn’t her mother hug her? Leaving the latter question unanswered is a pretty significant oversight, as her mother’s lack of physical displays of affection contributes to a rift between the two characters, and there is no explanation as to why an otherwise loving parent would choose to do this. It just doesn’t make sense! As for the things that I think could have used more development, I think that the romantic relationship between Sailor Moon and Tuxedo Mask is a bit bland and would have benefitted from being built up more gradually. The fact that they were in love in their past lives is used as an excuse for them to fall in love immediately, without the need to really develop a relationship. Given what a core element the romance between these two is for the series, this feels a bit lazy and I think that both the romance, and the series as a whole, would have benefitted from Naoko Takeuchi taking her time a bit more when writing.

While the romantic elements of the series are a bit underwhelming and the plot can feel rushed in places, Pretty Guardian Sailor Moon’s cast of beautiful and brave female characters are completely endearing. I definitely have a lot of nostalgia for this series, but I think even putting that aside, Naoko Takeuchi’s wacky sense of humor and flair for crafting dramatic and action-packed stories combine into what is ultimately a thoroughly enjoyable manga. If you loved the anime, or if you’re a fan of magical-girl or fantasy manga, and you haven’t picked this one up yet, what are you waiting for?

For more information of this series, check out Kodansha Comics’ website: https://kodanshacomics.com/series/sailor-moon/

What did you think of this series? Do you prefer the manga or the anime? And who is your favourite Sailor Guardian? Mine is Sailor Venus and, speaking of which, be sure to check out my review of the prequel series starring her as the main character: Codename: Sailor V Series Review 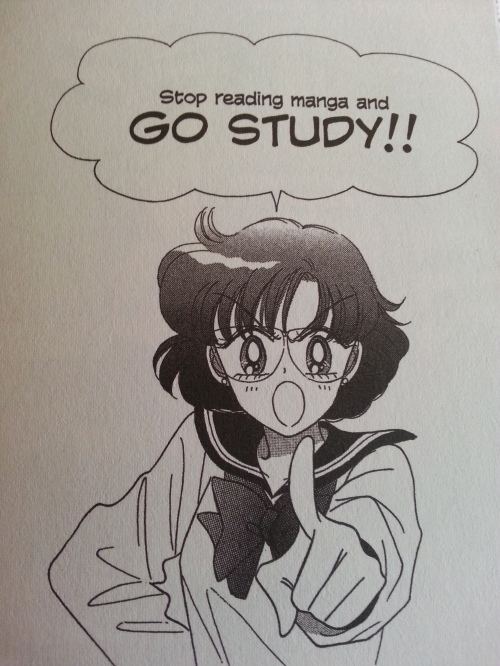